In this tutorial we dive deep in how to easily setup a container platform hosted on multiple different cloud providers with a secured overlay networking for intra-service communications.

Presenter Jussi Nummelin is a software developer by trade and bold early adopter of container technology having gone to production with Docker 0.6 release with lot of war stories to share. Today, Jussi is maximizing (other) developers' happiness by building our easy to use container & microservices platform at Kontena, Inc.

Kontena is the most developer friendly container and microservices platform that works on any cloud, on-premise or hybrid, and is extremely easy to use. It is designed for devs and ops who don't want to create platforms of their own or hassle with overly complicated platforms. Kontena comes with all batteries included: orchestration & scheduling, networking, image registry, secrets management, load balancing, automatic updates and a lot more. It has everything needed to run your containers & microservices in production with peace of mind. 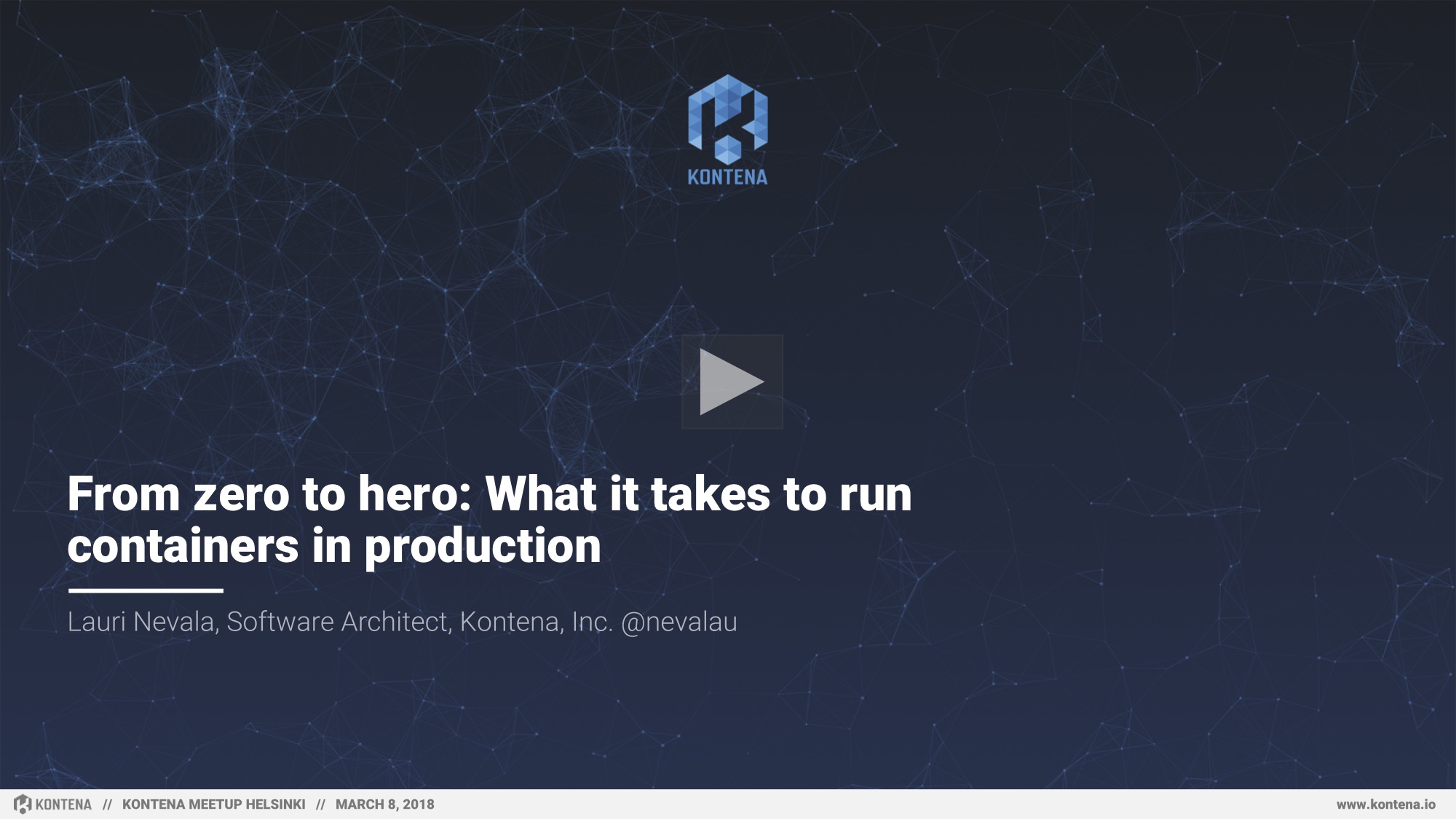 From zero to hero: What it takes to run containers in production 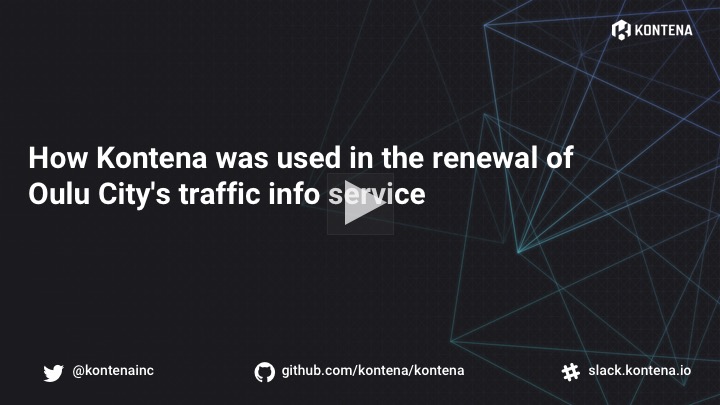 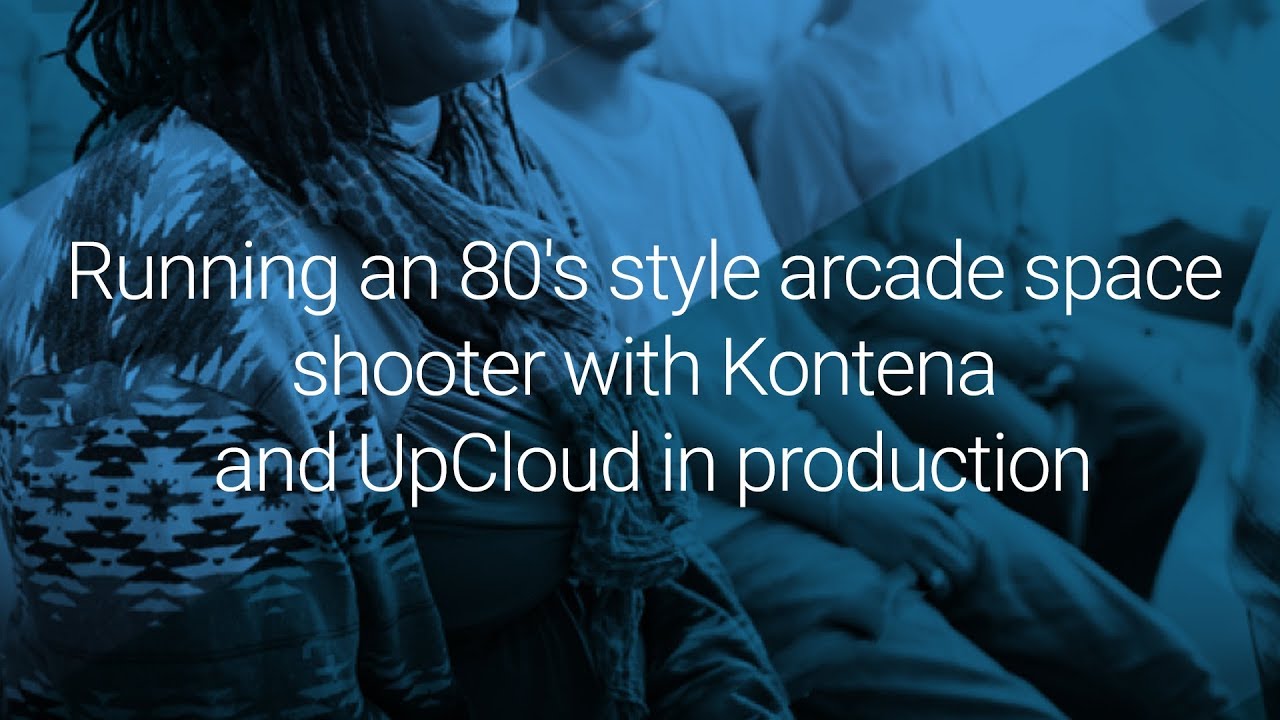